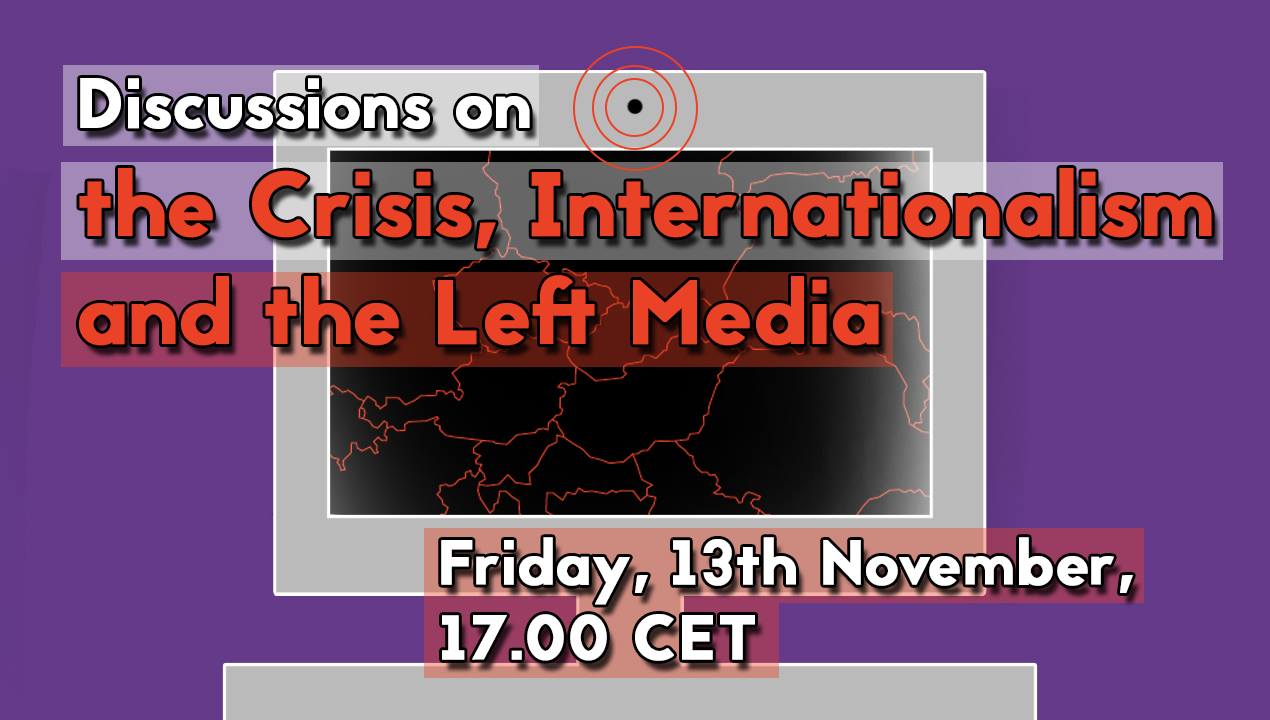 In 2019 November, leftist media platforms from all over Central Eastern and South East Europe met in Budapest to discuss possibilities of cooperation. The meeting was instructive and inspiring, and made possible to create a vague network of Eastern European left media platforms with the commitment to further our cooperation.
As a consequence of the pandemic this year we are organising an online meeting to reflect on our work and conditions as media platforms during the crisis. The discussion will also serve as an opportunity to clarify our vision, which we need to further our cooperation.
***Two discussions***
17:00 CET
What kind of challenges do Left platforms face during the pandemic? And what are the necessary and possible ways of cooperating with unions, cooperatives and other social organisations?
Panelists: Mariya Ivancheva (LeftEast), Jan Bělíček (Alarm), Maria Cernat (Barricade), Nóra Ugron (A szem), Veda Popovici (Gazette of Political Art), Marko Kostanić (Bilten)
Moderator: Vitalie Sprinceana (Platzforma)
18:30 CET
What are the perspectives of an Eastern European leftist media network? What have we learned from a year of cooperation?
Panelists: Orsi Pósfai (Mérce), Agnieszka Wiśniewska (Krytyka polityczna), Vitalie Sprinceana (Platzforma), Marko Miletić (Mašina), Tomáš Hučko (Kapitál)
Moderator: Veronika Pehe (Alarm)
***Who are we?***
Network of Eastern European Left Media
As Eastern European Left media platforms, we started our cooperation at the end of 2019. Our aim is to develop common perspectives on regional issues, generate the flow of reliable and meaningful news and analyses about the region in our editorials and exchange journalistic and organisational know-how.
Our vision is a regional network of media platforms that will cooperate based on solidarity and work together for an internationalist Eastern European public.
This project is funded by the Rosa Luxemburg Stiftung.
Pagina de facebook a evenimentului: https://www.facebook.com/events/679282462725548