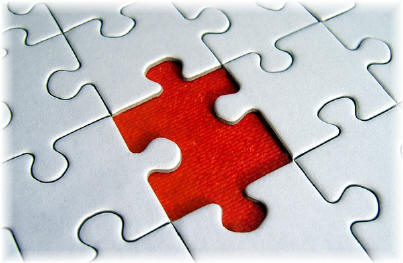 A Romanian version of this article can be read here.

What such data does not provide us, however, are the qualitative reasons underlying these outcomes.

It is often in side-, foot- and end-notes that one may find such assessments as the following by the UNDP: “On average (idealistic) aspirations of Roma are much higher than their educational outcomes.” In a little box, the European Commission assesses Key Inclusion Initiatives that were implemented in 2011 in the domain of education in Romania: “further efforts are needed towards inclusive education and desegregation, including through the enforcement of legislation in place and active desegregation measures.” In many such reports, while much of the main text deploys ample quantitative data, their sometimes-lengthy qualitative passages merely inform readers of recent developments—adoption of new laws; new available sources of integration-funding; or vague reasons for unsuccessful Roma-participation, for instance—in certain regions and localities. As the Open Society Foundation criticizes of the poor integration-policy reporting in Bulgaria, these reports “rather qualitatively describ[e] what has taken place.” They rarely reflect the subjective experiences of targeted marginalized Roma populations.

Indeed, qualitative data is marginalized in the Roma-integration assessment industry.  This is problematic if it is true that success of Roma-integration depends on the willpower of excluded Roma individuals themselves to participate.

Integration is a “two-way street,” European Parliamentarian Andrey Kovatchev tells Debating Europe, “where the majority and the minority need to have the same will for integration in order for it to be successful.” Hungary’s Minister of Human Resources is reported as emphasizing that while “the situation of the Roma cannot be resolved without majority support…Hungary’s advancement cannot be achieved without the active participation of the Roma.” Head of the European Union Agency of Fundamental Rights’  (FRA) Equality and Citizens’ Rights Department Ioannis Dimitrakopoulos similarly states in an interview that “to achieve better results at the local level, Roma themselves must be invited to participate in designing and in implementing social inclusion actions.”

Integration advocates should also bear in mind, however, that the willpower, ability, and decision of marginalized Roma to participate are all influenced by a variety of qualitative factors, and that such factors may easily be and are naturally undetected by quantitative research alone. The FRA understands this: “Statistical data provides essential information, but qualitative in-depth fieldwork research is necessary to better understand the complex interaction of different factors that affect social exclusion processes.”

Europe may build walls to exclude Roma. Europe may dispatch its militia to chase  Roma to fringes of society. However, some Roma may in fact use their culture to validate their voluntary exclusion from mainstream society.

For instance, Barnes (2003) notes that among the Roma, “[i]nteraction with gaje, or non-Gypsies, is likely to be contaminating because gaje are too ignorant to behave according to rules of decency.” Uzunova (2010) notes:

Gypsies share a fervent belief in their own uniqueness, and ethnocentricity has kept them from violating their prohibition against cultural integration. Gypsy law has arguably evolved as a defensive and insulating mechanism and manifests not only a deep mistrust of gaje (a Romani term encompassing all non-Roma) but also disdain for the non-Gypsy world, cultural superiority, and entitlement to treat gaje as lesser people (294).

Friedman (2012) relates how anti-Roma attitudes that originate in the mainstream can reinforce the cultural and legal Roma practices that validate, for the marginalized Roma community, its alienation from the Western mainstream. For instance Friedman writes, “The gypsy view of gaije, reinforced by the gaije view of gypsies as uneducated and illiterate thieves and swindlers, eliminates the exit option and so empowers the kris to enforce gypsy law by the threat of exclusion from the only tolerable human society.” Leeson (2013) uses economic theory to demonstrate how “Gypsy Law leverages superstition to enforce desirable conduct in Gypsy societies where [mainstream] government is unavailable and simple ostracism is ineffective.”

A 2010 study by the UK’s then Department for Children, School and Families (now replaced by the Department of Education) (DOE) study gives a cogent example of the kind of insight on subjective Roma experience that can be invaluable to policy planning and monitoring. Roma resistance to education transpires in a specific, pragmatic logic:

Although some parents recognized that numeracy and literary skills are important for Gypsies, Roma and Travellers, other academic knowledge and qualifications were of little relevance or value to them. Hence, once these abilities were established at the primary stage there was little value in children transferring to secondary.

A Roma respondent in the study said, “It’s natural for our children not to go to secondary school.” Exemplifying the stance many Roma parents have on integration as it concerns their daughters, the study recorded one parent as saying:

More specific qualitative insight into Roma thought and action such as these can facilitate effective theoretical and practical approaches for motivating Roma participation in education and other initiatives. Ideally, responsible administrators and monitors of Roma integration would follow in the footsteps of the FRA’s Local Engagement for Roma Integration (LERI) project, which, since 2013, promotes and conducts what FRA calls “participatory action research methods.” Implemented in 22 localities across 11 EU Member States until 2016, LERI allows individuals within Roma communities targeted by integration initiatives to engage directly in not only the collection but also the interpretation of data.

Ultimately, knowledge on the variety of subjective Roma experiences would help integration-policymakers to better tailor programs and services that target marginalized Roma; to determine where exactly policy intervention is or is not needed; and to remain sensitive to the wishes of those Roma who prefer not to integrate into Europe’s mainstream.

The source of the background image.