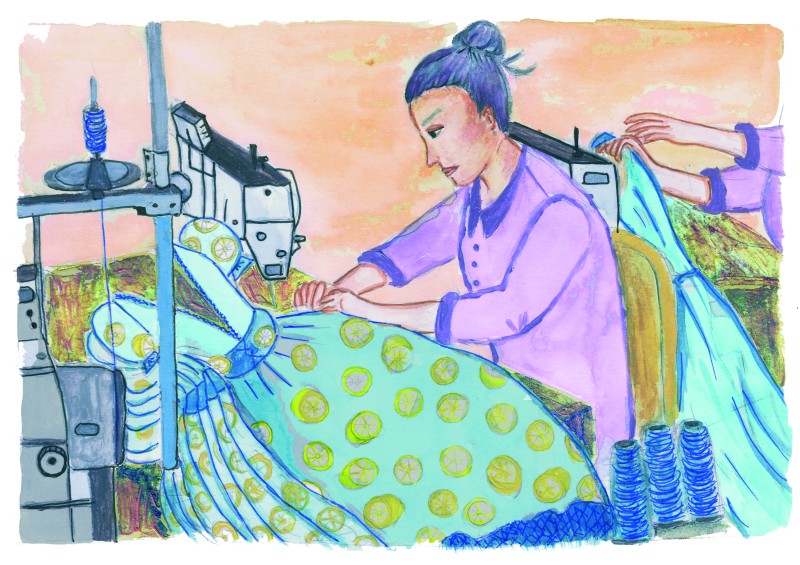 We live in a world where only through work we can get access to education, health, housing and other basic necessities for life.

In this world being unemployed is a tragedy. In these cases, most of the time, the world treats you as an error in the system, as a useless human being.

However, even if you are employed and work full-time – this is not a guarantee that at the end of the month, the money for which you worked through blood, sweat and tears will cover the costs of living because living costs. A lot.

Minimum wages – a harsh reality for billions of workers worldwide – are not only insufficient for a decent living, they don’t cover even basic necessities.

Companies say they don’t have money to pay better wages (although they extract huge profits). Governments set and keep the minimum wages at their lowest for the sake of pleasing the companies (although these wages only reproduce poverty). Trade unions are too shy and too loyal to this world – where the workers, though they work, they live in poverty – to challenge it. Workers are too divided, impoverished, ignored, disorganized and deprived of real leverages to change the situation.

We think that a possible exit from this vicious circle is through empowering workers to unite and to organize in order to demand from companies and governments to pay a living wage.

Earlier we have talked about the living wage from the perspective of action oriented research. In 2018, based on a questionnaire with garment workers from Moldova, we estimated the value of the living wage for Moldova.

The novel ”Anastasia’s burden”, that we present here, offers an accessible illustration of the living wage and the means through which workers can demand it. The main protagonist is Anastasia – a worker in a garment factory from a small town in Moldova. The factory produces for Rochiato – a fictional italian brand.

The story features Anastasia’s struggle as a single mother of two kids to make ends meet working for a salary slightly above the minimum wage. The story however twists when Anastasia watches a TV report about a protest organized in front of a shopping mall for the occasion of Black Friday. The protest aimed to support garment workers and to demanded that the workers receive a living wage. This is how Anastasia comes across the concept of living wage. Starting from this point, she will start her path as a garment organizer trying to convince her coworkers and then other workers from different factories from Ukraine, Romania and Poland who work for  Rochiato to demand a living wage.

The aim of the novel is to advocate for the living wage in a different format than the usual studies, research papers or leaflets. In this way we intend to reach different target-groups – workers from garment industry, workers from other sectors, and the general public.

The novel format allows the story to present a happy ending – where after many struggles of organizing, garment workers manage to make Rochiato actually pay the living wage.

“Anastasia’s burden” is an optimistic story.

Images from the book: 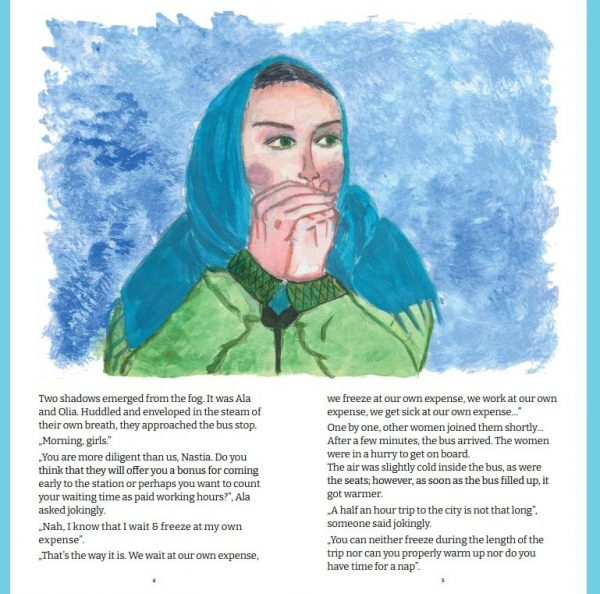 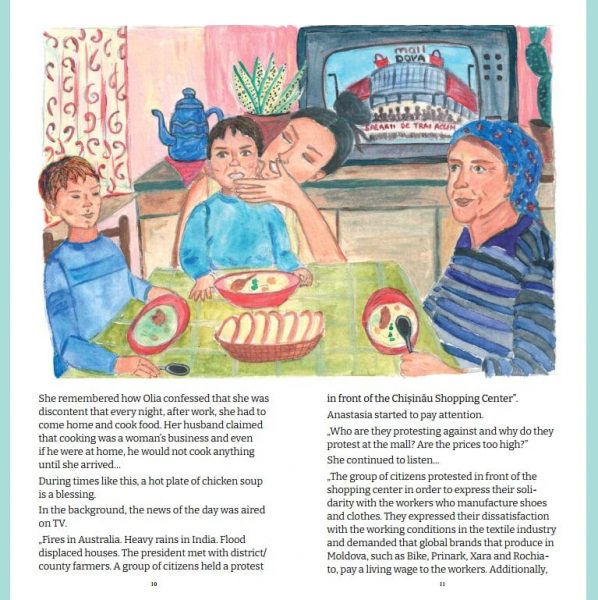 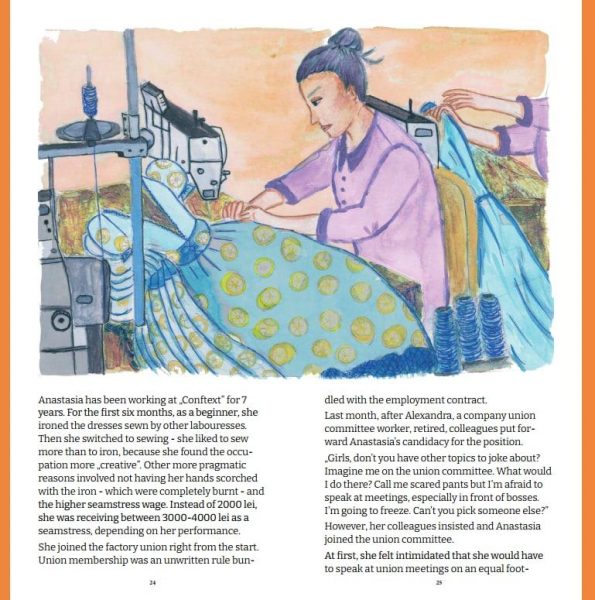 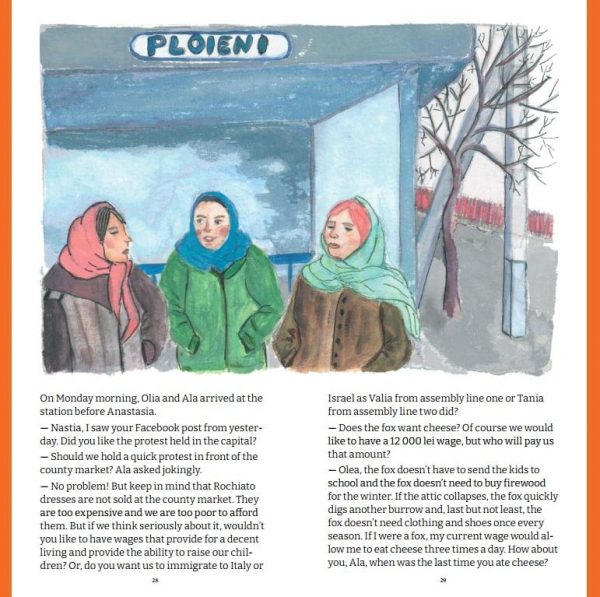 The book can be read here:

It can be downloaded from here in order to be read on other devices (PC, laptop, tablet etc).

This work was published with support of the Regional Office of the Friedrich-Ebert-Stiftung “Dialogue Eastern Europe”.