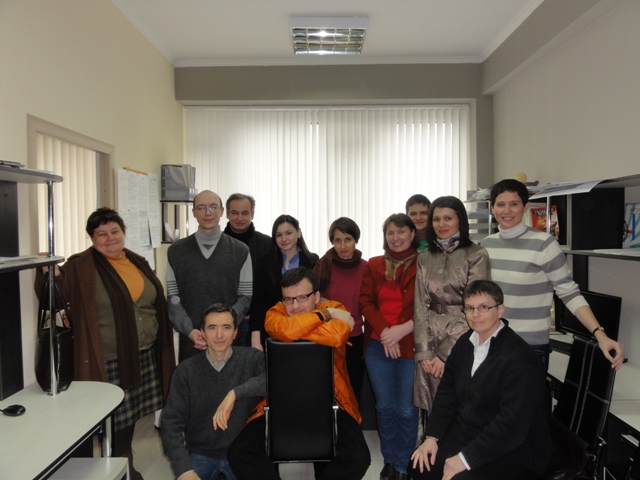 The PLURAL Forum was registered as a non-profit organization at the Ministry of Justice of the Republic of Moldova on March 9, 2011, but this association of researchers in social sciences operates informally since March 2008. From that moment the Forum organized a series of regular meetings among the group members and occasional visiting researchers. These meetings aimed at presenting and discussing new articles, works in progress, research projects (see the blog of the Plural Forum: http://forumplural.blogspot.com/).

From its official registration in 2011, PLURAL Forum NGO realized a number of sponsored and pro bono activities.

In 2016-2017, PLURAL Forum contracted a research grant from OAK Foundation for fulfilling a comprehensive research on the breadth, drivers and impact of homelessness in Moldova. The study is carried out by an independent reseracher who conducts interviews with homeless people, engage with relevant NGOs and stakeholders, and analyse relevant legislation (with an expert in Law). A survey was also ordered to measure general perception of the homeless and homelessness in Moldova. This will produce a comprehensive piece of research that will inform Housing and Homelessness Program of the OAK Foundation’s strategy on Moldova. The total research grant amounts to 30.000USD (taxes included).

In 2015/16 PLURAL Forum received a grant from the US Embassy in Moldova, the Program “Endowment for Democracy” to carry out a project consisting in a series of social investigations. The articles were published on the independent platform www.https://platzforma.md from December 2015 to March 2016. All the elaborated and published investigations filled a gap in the Moldovan public sphere in terms of knowledge and information about certain marginalized groups in our society, namely: the psychiatric patients, certain categories of women (mothers with small children, Roma women, and aged women), the local workers in the international textile factories, the homeless people, and the marginalized religious groups. The grant of USD6500 was contracted from the US Embassy (June 2015-March 2016: Endowment for Democracy Grants Program – US Embassy in Moldova. Project title: “Pleading for Democracy and Inclusion in Moldova” (S-MD700-15-GR-055).

During 2017 (starting with February), the PLURAL Forum receives a grant from Friedrich Ebert Stiftung for realizing a series of ten thematic dossiers to be published on https://platzforma.md website. This series of thematic dossiers (4-5 articles/pieces per dossier) aims to produce a series of analyses, investigations, essays, discussions on significant social, political and economic topics in Moldova. For each dossier, a discussion will be organised in a public location in Chisinau (Teatru-Spălătorie, Zemstvei Museum, Propaganda Cafe, InfoPrim Neo, etc.) with participation of relevant stakeholders: activists, experts, scholars, representatives of businesses and local and / or national public authorities. The total grant budget: USD 12.000.

In May 2011, PLURAL Forum co-organized, with the Department of World History, State Pedagogical University of Chisinau, an international workshop on “Memory of the Second World War in the Central and Eastern Europe”. The workshop was a remarkable academic event for its substantial and original contributions. A collective volume, including texts of the best contributions, was edited and published (Cartier Publ., Chisinau, 2013). This activity was supported by a grant of EUR15.000 from Open Society Foundations (ReSET Program).

From the summer 2011 to May 2014, the PLURAL Forum, in collaboration with the Department of World History (the State Pedagogical University of Chisinau), developed a three-year project “Social Mobility and Modernization in the 20th century Eastern Europe”, in the frame of the Open Society Foundations’ Program “Regional Seminar for Excellence in Teaching”. The format included three longer summer workshops (with a duration of approximately two weeks each) and three intermediary sessions. The project was addressed to a group of academics holding junior teaching positions within university departments in the social sciences and humanities. The geographical focus of the seminar includes the non-EU East European countries (mostly covering the states of the former Soviet Union). The selection of participants was based on academic excellence, the involvement in the promotion of educational innovation in their home institutions, sufficient proof of significant research skills, foreign-language proficiency and the commitment to the values of open, participative and student-centred education. For the organization of six summer and winter school sessions, from 2011 to 2014, PLURAL Forum and „Ion Creanga” State Pedagogical University received a total grant of EUR 300,000.

From November 2011, the Plural Forum initiated a regular and permanent Doctoral Seminar in Social Sciences. The Doctoral Seminar, organized by the PLURAL Forum in partnership with several academic institutions in Moldova and abroad, aims to fill a gap left by the higher education system in Moldova. The doctoral program in Moldova currently lacks a systematic curriculum (with lectures / seminars) for the PhD students. Thus, the doctoral seminar offers to Moldovan PhD students in social sciences (history, sociology, anthropology, etc.) a series of thematic and methodological seminars, aiming at updating and improving the development of the doctoral research in accordance with the international academic standards. This is a pro bono / voluntary activity. See the blog of the doctoral seminar PLURAL: http://atelier-doctoral.blogspot.com/

From October 2013, the PLURAL Forum launches a new online platform of social analysis and attitude: https://platzforma.md (PZF). This platform aims to become an online environment for reflection and criticism. By publishing qualified discussion and analysis of certain social phenomena and issues neglected or manipulated in the public sphere (inequality, vulnerability, oppression, identities, cultures, ideologies, etc.), PZF highlights the need for deconstructing dominant understandings of these phenomena in our society. Moreover, PZF intends to contribute to broadening public discourse in Moldova by including marginalized or ignored viewpoints, and by hosting meetings and discussions between different or opposing views. In 2014, the PLURAL NGO received a grant of EUR2500 from Friedrich-Ebert Foundation for a series of 5 dossiers, of 5 articles each, on different topics (educational reforms, eurointegration, deportations in Bessarabia and Transnistria in the 20th century, the Transnistrian region, migrants and migration).

In November 2013, the PLURAL Forum, in collaboration with the Faculty of World History from State Pedagogical University of Chisinau, inaugurated a new academic biannual review: PLURAL. History, Culture, Society. PLURAL Review supports the publication of high-quality articles and reviews concerning topics that attracted little research interest about the East- and Southeast-European history and society. We promote a critical approach towards historical sources, fighting certain enduring and entrenched myths and stereotypes which are directly connected to politically biased historical interpretations. We also aim at initiating an academic “dialogue” that would transcend the established disciplinary boundaries. This dialogue will contribute, in the long term, to the creation of an open space for critical debates, thus fostering a lively exchange of ideas and the development of innovative approaches in the sphere of East- and Southeast-European Studies. We naturally focus on the regional dimension, but we also attempt to go beyond the limits of our particular geographical setting, taking into account the European and global context. Our journal aims to be an academic forum and “meeting point” for the new generation of scholars in the field of the humanities and social sciences in the Republic of Moldova. So far, the PLURAL review issued three volumes. Another volume is under preparation. The editing and publication of this journal was supported by PLURAL Forum’s and World History Department members’ own funds. Small financial aids were received from the University. See the journal’s website: http://plural.upsc.md/